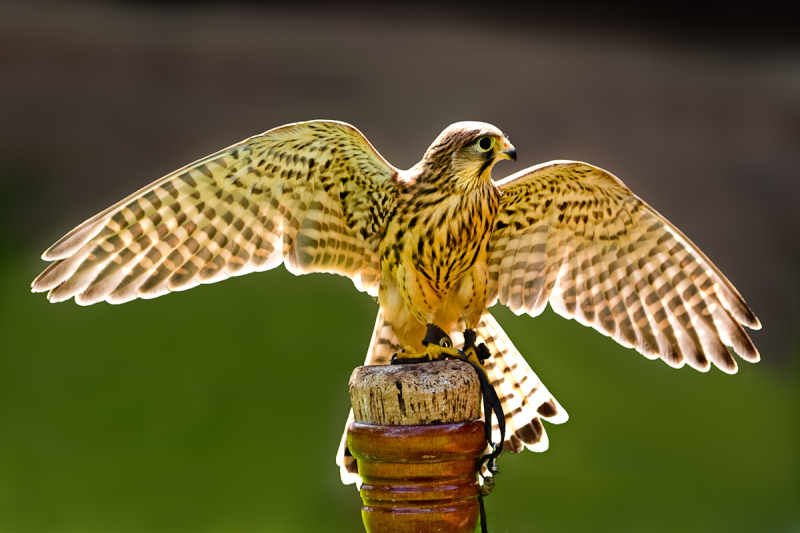 Previous Next
← previous day next day →

Posted by Les (Isle of Lewis, United Kingdom) on 31 October 2012 in Animal & Insect and Portfolio.

I had seen this Kestrel earlier in the day flapping its wings and decided to come back later to try and get a photo in better light. The sun was much lower and I found a position where the sun was behind the bird. Then it was just a case of waiting for moment, that ‘once in a lifetime’ shot.

Wow, great shot. The light is beautiful as is the bird too.

This image has been featured in 1 Remix collection.

All creatures great or small... by Judy aka L@dybug